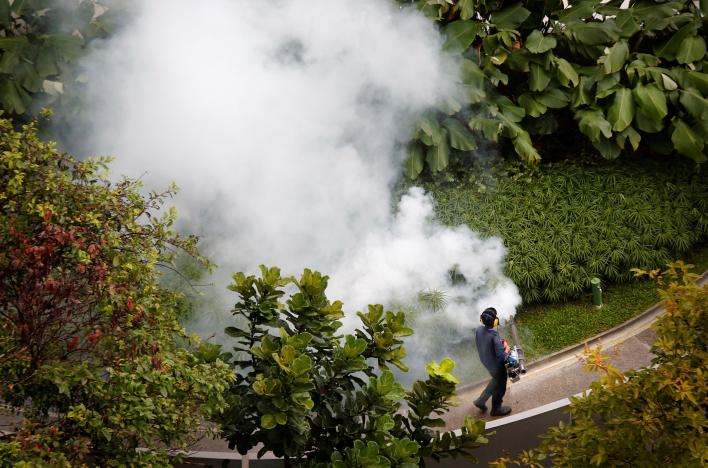 Singapore has confirmed 41 cases of locally transmitted Zika virus, mostly among foreign construction workers, and said it expected more cases to be identified.

All but seven of those infected had fully recovered, the Health Ministry and the National Environment Agency said in a statement on Sunday. The seven remain in hospital.

On Saturday, authorities confirmed a 47-year-old Malaysian woman living in southeastern Singapore as the city-state’s first case of a local transmission of the virus. 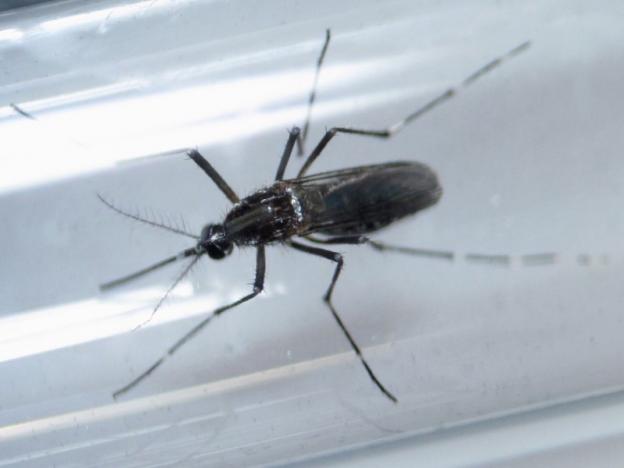 Zika, carried by some mosquitoes, was detected in Brazil last year and has since spread across the Americas. The virus poses a risk to pregnant women because it can cause severe birth defects. It has been linked in Brazil to more than 1,600 cases of microcephaly, where babies are born with small heads.

Singaporean authorities said they tested 124 people, primarily foreign construction workers employed on a site in the same part of Singapore. That site has been ordered to halt work, and workers’ dormitories are being inspected. Seventy-eight people tested negative and five cases were pending. Thirty-four patients had fully recovered.

Four Singaporean men had developed symptoms of the virus in the past week and were hospitalized on Saturday. It was not clear where the foreign workers were from or when their cases were detected. Singapore hosts a large contingent of workers from the Asian subcontinent.

None of those infected had traveled recently to Zika-affected areas. “This confirms that local transmission of Zika virus infection has taken place,” the statement said.

The ministry “cannot rule out further community transmission since some of those tested positive also live or work in other parts of Singapore,” the statement said. “We expect to identify more positive cases.”

The World Health Organization said in a statement on Sunday that it did not know “which lineage of Zika is circulating” or “what the level of population immunity is to this lineage of Zika in Asia.”

“It is important for countries to remain vigilant through surveillance for cases, to continue vector control, to inform people about Zika and how they can protect themselves, and to have the health system ready to supply the services needed to prevent and manage Zika and its consequences,” the group told Reuters.

Singapore, a major regional financial center and busy transit hub, which maintains a constant vigil against the mosquito-borne dengue virus, reported its first case of the Zika virus in May, brought in by a middle-aged man who had been to Brazil.

Singapore deployed about 200 NEA officers to clean drains and spray insecticide in the mainly residential area early on Sunday to counter mosquito breeding grounds, and volunteers and contractors handed out leaflets and insect repellent.

All medical services in Singapore had been alerted “to be extra vigilant” and immediately report any Zika-associated symptoms to the health ministry.

Singapore said there were “ongoing local transmission” cases in Indonesia, Thailand and Vietnam. Other countries in the region to have detected the Zika virus since 2013 include Bangladesh, Cambodia, Laos, Malaysia, Maldives and the Philippines, according to the WHO.

Malaysia said on Sunday it stepped up surveillance at main transit points with Singapore – handing out leaflets on Zika prevention and having paramedics ready to handle visitors with potential symptoms of the virus.

In Thailand, where close to 100 cases of Zika have been recorded across 10 provinces this year, the Department of Disease Control was screening athletes returning from the Olympic Games in Brazil, but was not otherwise changing its prevention measures.

“Every country in this region has Zika transmission cases,” said Prasert Thongcharoen, an adviser to the DDC. “Thailand has, however, managed to contain the problem through early detection.”

A Foreign Ministry spokesman said Indonesia was “following developments”. Oskar Pribadi, a Health Ministry official, said there had been no recent Zika cases in the country.

The current strain of Zika sweeping through Latin America and the Caribbean originated in Asia, where people may have built up greater immunity. 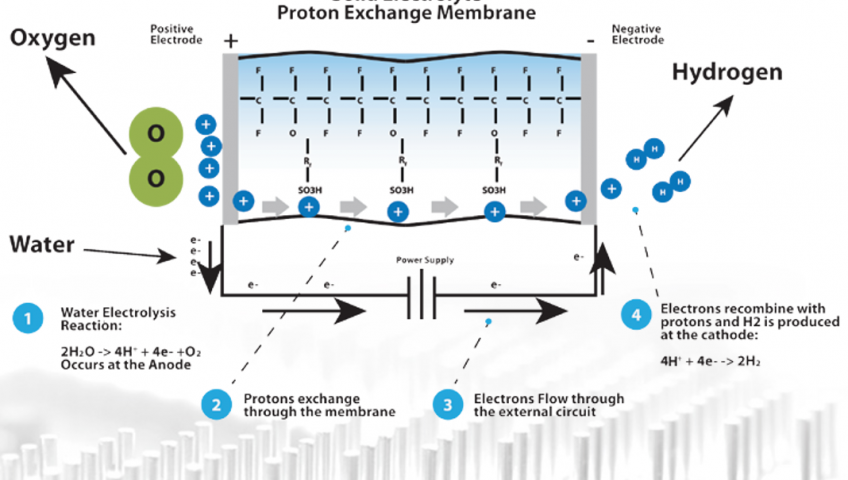 Aimed to identify and provide an unbiased evaluation of various pathways for local hydrogen supply for energy applications, Task 33 consisted of an 18 member team of professionals, representing 17 different organizations  with vast experience in the field of hydrogen. Featuring a variety of knowledge from across the globe, representatives from government, academia and industry in over 12 countries attended. Some of the countries include;  Norway, France, Germany, U.S., Belgium, Sweden, Denmark, The Netherlands, and Japan.

The meeting was not strictly all work and no play- attendees were able to ride to-and-from the meeting each day in a fleet of Hyundai ix35 FCEV’s that operate as a public taxi service in Paris. There are a total of 5 vehicles running under theHYPE program that chauffeured the participants to their destinations.

P.S. For all you die-hard soccer fans out there, check out the image above! Stade de France can be seen in the background. 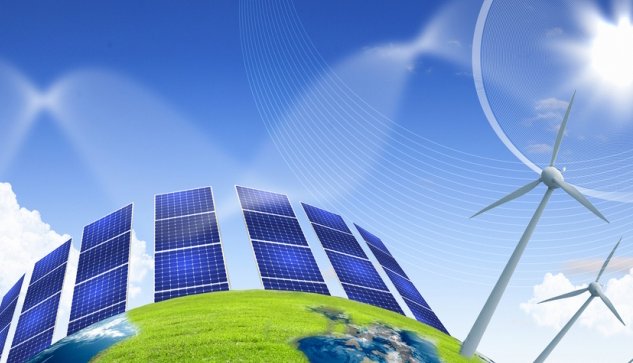 The desire to reduce traditional fossil fuel usage, environmental degradation and health concerns, drive a growing need for sustainable green energy. Renewables, aided by improved technology and productivity, offer a promising future for energy production. Leveraging large-scale investments and significant contributions from the technical community, many companies are positioning themselves on the forefront of the green initiative.

It is not only industry leading organizations that have a vested interest in the development of green energy. The topic of sustainability has become increasingly popular over the past decade. Stakeholders, and the public alike, are finding new ways to apply renewable hydrogen across the globe. Hydrogen is well suited to support renewable applications such as ammonia production, refining, and biogas processing. Additionally, hydrogen is widely used to facilitate energy storage projects and manage renewable energy sources on the electrical grid.

Entering its 6th year, New Energy Forum (NEF) provides a platform for professionals around the world to exchange state-of-the-art research and commercialization opportunities in the field of renewable energy. NEF 2016 gathers researchers from academia, professionals from industry and government officials, who are dedicated to the advancement of sustainable energy production. At the event, stakeholders tackle energy challenges and exchange best practices about improved energy technologies and cooperation. The theme of this year’s forum is,“The Light of Hope for Future Energy.” Hosted in Goyang City, South Korea, this conference fosters meaningful strides in sustainability.

As the world leader in on-site gas generation, manufacturing and supplying the most advanced hydrogen generation systems available today, Proton OnSite is proud to contribute to the future of green hydrogen initiatives. 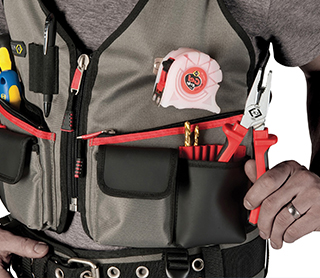 Lorem Ipsum is simply dummy text of the printing