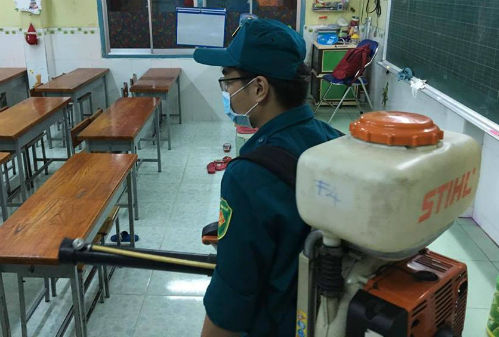 There are signs of the virus spreading rapidly across the city of 12 million people.

Ho Chi Minh City reported nine more cases of the Zika virus on Thursday, raising the total infections in the city to 30 and in Vietnam to 39.

The health department said the patients live in 11 out of the city’s 24 districts.

Admitting that there are signs of the virus spreading widely across the city, the department has set up six special task forces to prevent new infections and detect new cases.

The department said it will fumigate the areas on a regular basis to eliminate mosquitoes, while calling on residents to clean their houses. The population of Aedes aegypti mosquito, a vector species for the Zika virus dengue and yellow fever, has increased significantly in the area since the rainy season.

People are advised to have blood tests if they develop rashes together with either high fever, conjunctivitis, red eyes or joint or muscle pains. The city is providing free tests at 30 public hospitals which will send them to the Pasteur Institute’s epidemiology center for testing.

Tran Dac Phu, director of the Preventive Health Department, said HCMC has a high risk of infection due to its large population, which is around 12 million including migrants.

There is a lot of mobility around the city while “hygiene is not very good”, Phu said.

HCMC declared a Zika pandemic after confirming the fifth case two weeks ago.

Vietnam has confirmed 39 Zika infections in the southern and central regions since the first two cases were discovered in HCMC and the central province of Khanh Hoa in April.

Other patients have been hit by the virus in the provinces of Binh Duong, Dak Lak, Khanh Hoa, Long An, Tra Vinh and Phu Yen . In Dak Lak, a 4-month-old baby has been confirmed as Vietnam’s first case of microcephaly caused by Zika.

The health ministry said people should avoid mosquito bites and use condoms to avoid contracting the virus.

Health officials said both men and women should avoid traveling to places where Zika cases have been confirmed if they plan to have children.

The U.S. Center for Disease Control and Prevention has recommended that women wait at least eight weeks after possible exposure to the Zika virus before becoming pregnant. Men should wait six months.

According to the World Health Organization, Zika outbreaks have been reported in around 70 countries and territories.

The birth defect appears in 1-10 percent of babies whose mothers contract the Zika virus during the first trimester. Thailand reported two cases of microcephaly linked to the virus in late September, which were the first in Southeast Asia.